Sorry that you did not receive the update from yesterday, Wednesday 10 April, at the usual time. We spent the night in the small hilltop village of St Juan de Ortega, where coverage was minimal. We had to wait until our stop for Day 11 on The Way to finish our update and upload the photos.

On Tuesday night, we spent a special evening in the Refugio Acacio y Orietta in the tiny village of Viloria de la Rioja. There are no shops, and no other albergues, just the 10 beds that Acacio and Orietta provide in their home for pilgrims. Acacio is originally from Brazil and Orietta from Italy - they have been providing accommodation for pilgrims since 2006. Accommodation is 5 euros each person, with dinner and breakfast by donation.

Our hosts are warm and welcoming and the many photos around the room show smiling faces of peregrinos who have found their way to their simple and peaceful Refugio. As we sit down to dinner, Acacio (in Spanish) welcomes us all and says that it is their tradition that we go around the table to tell our name, where we are from and how we came to be on the Camino. Orietta then says the same in English for our benefit. And around the table we went. It was a lovely start to sharing our meal together.

We mentioned in the last update that the other pilgrims in the Refugio were 6 men from Barcelona. They were walking The Camino one week per year (which is common among Europeans, particularly the Spanish). Last year, their first year, they walked from St Jean Pied de Port to Logrono, this year from Logrono to Burgos and next year Burgos to Leon and so on.

They were delightful dinner companions albeit that we could not understand much of what they were saying, and vice versa. We found a connection talking about Barcelona, and they spoke passionately of their beloved football team. They were happy to pose for photos instead of the usual 'cheese' or 'buen camino', we asked them to sing 'Barcelona' in the style of Freddie Mercury and Montserrat Caballe, in their famous duet, later sung at the Barcelona Olympics. We were all in fine voice as the photos were taken.

Our friends from Barcelona were definite in fheir plan of walking to Villafranca the following day to stay in the albergue, but watch Barcelona v Paris St Germain on the big screen in the adjacent hotel. We have since learned that, although there was. 1:1 draw, this was enough to send Barcelona to the semi-finals of the UEFA Champions League. We also saw that the player they were telling us about - Lionel Messi - came off the bench to save the day by scoring the goal that made the drawn match. The señors would be very happy.

When we left in the morning we were undecided as to whether we would walk to Villafranca (around 20 kms) or a further 12 kms on to St Juan de Ortega. As you see, we walked on. A few kilometres before Villafranca we came upon two young peregrinos - 21 year old Adeya from Canada and 22 year old Alessio from Italy. Adeya is studying anthropology and Alessio has just graduated with a degree in physics and considering whether to undertake his Masters or take a job, something he is contemplating on The Camino.

These lovely young peregrinos are great fun. We arrived in Villafranca around 1pm. We had lunch together and, as they were walking on to St Juan de Ortega and we were feeling fine, we all walked on together. After a steep climb out of Villafranca, we walked through the forest enjoying yet another change of scenery and protection from the cold wind, which is still with us.

We've included a photo of the four of us at dinner last night. Alessio was wearing a scout hat during they day - when we met them at dinner, he was proudly wearing his uniform. We asked him why he wears his Scout uniform on The Camino. He said he wants people to know they can rely on him. He is delightful, as is Adeya. We have arranged that we four will leave together on Thursday morning to make our way to Burgos.

Before signing off, special thanks to Belle, Katrina, Nicole, Audrey, Libby (your trial comment came through!), Derek and Victoria, Sue, Helen and, of course, Martin, for your comments and emails. We love hearing from you and appreciate your encouragement!

Love from the peregrinos
Jenny xx and Jill xx 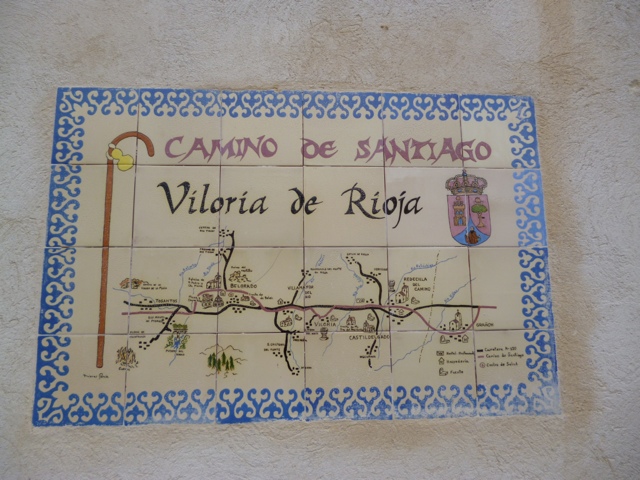 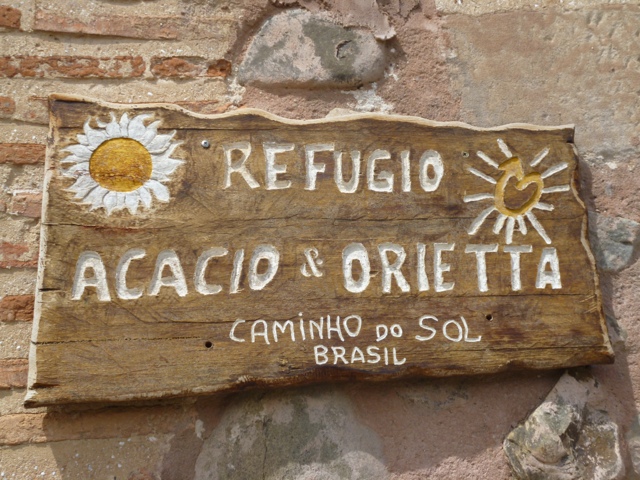 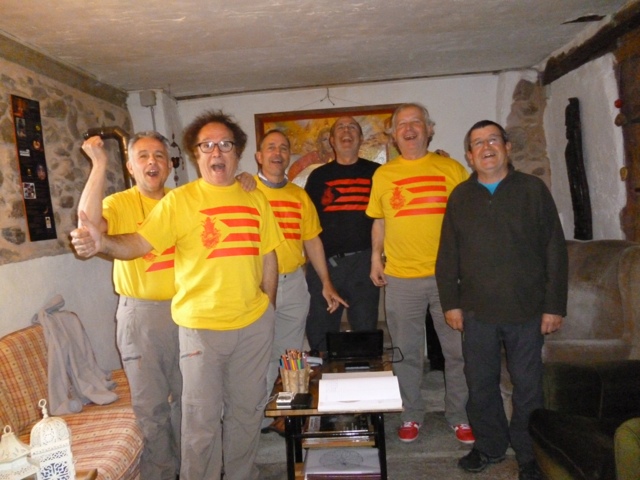 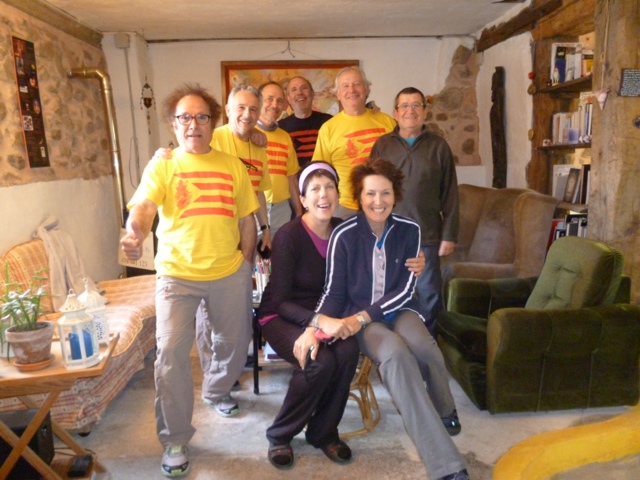 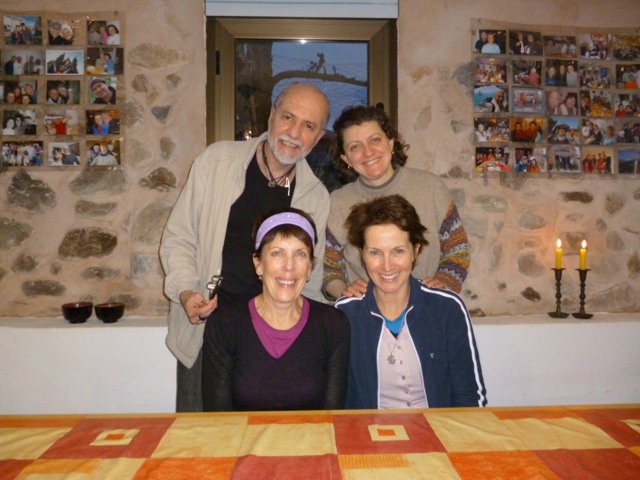 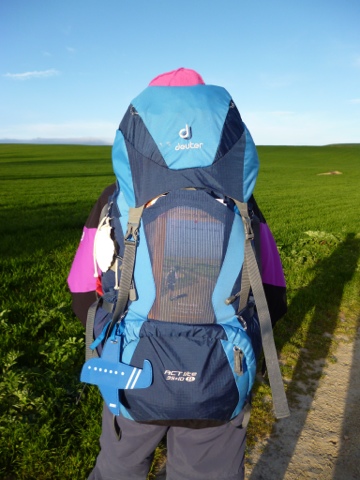 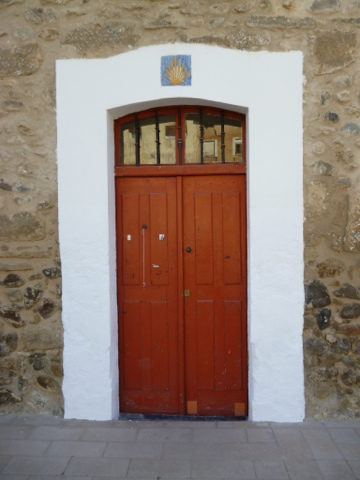 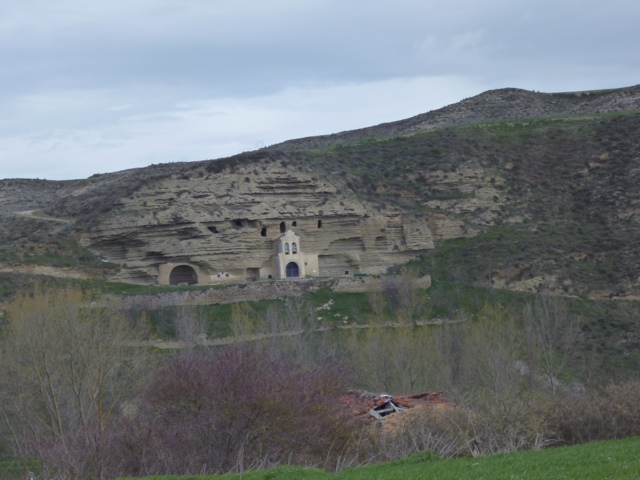 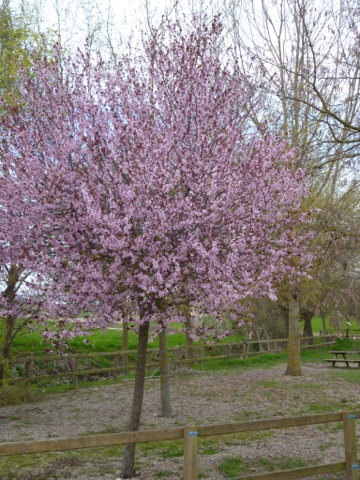 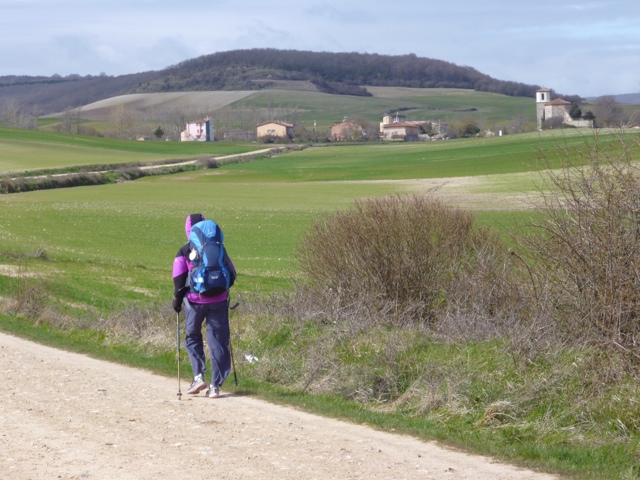 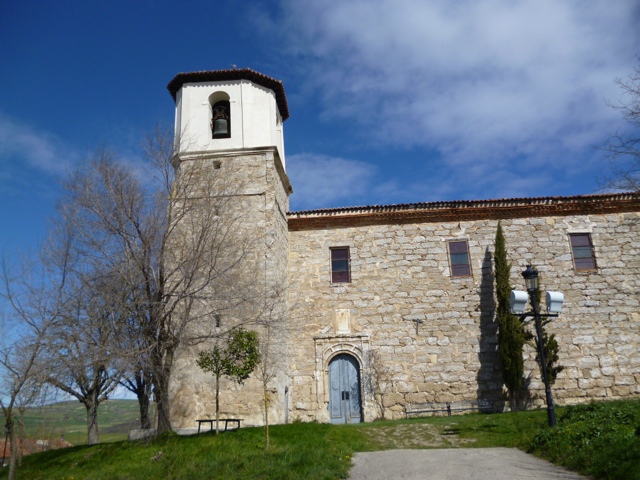 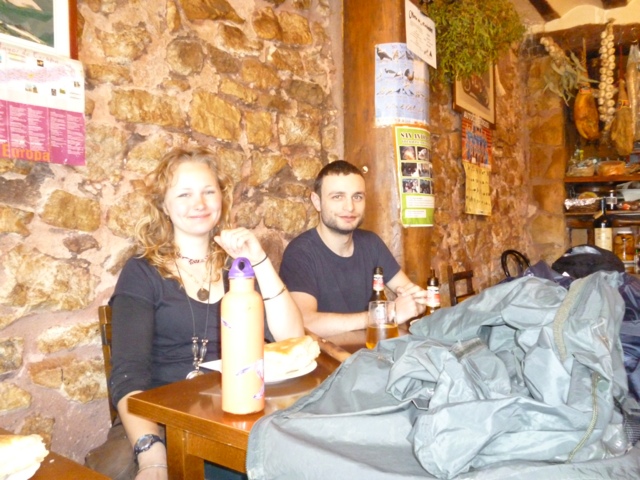 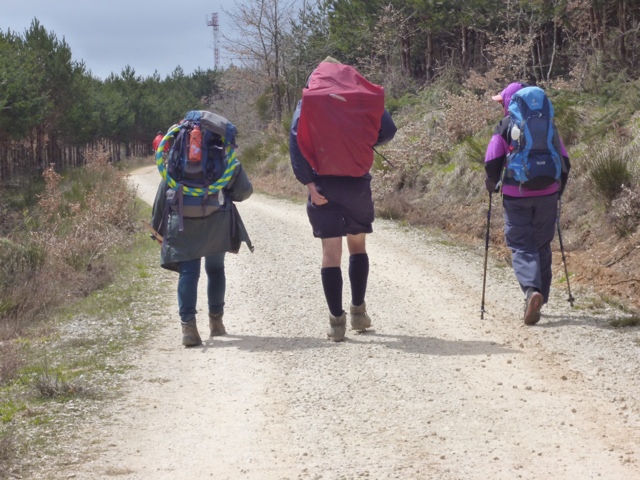 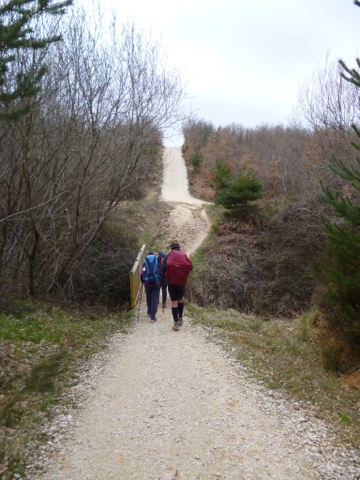 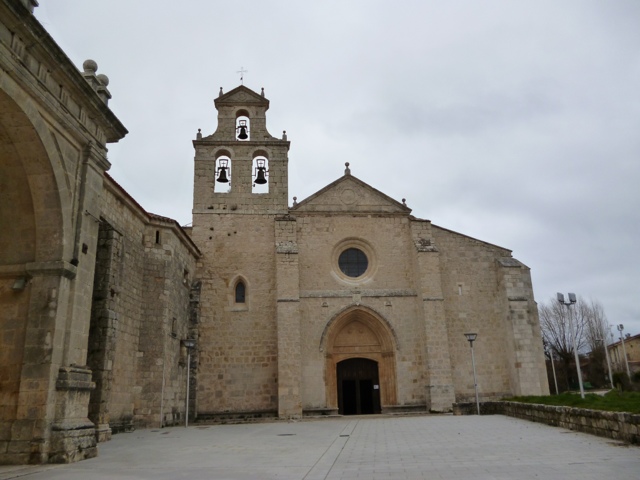 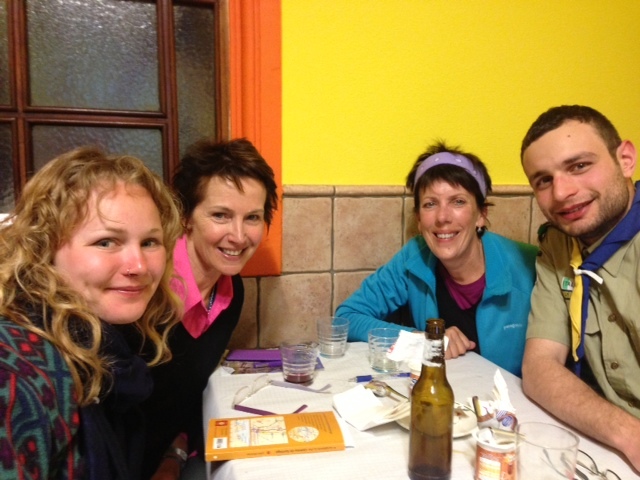